Noah Latif Lamp
Self-Portrait in a work by Andres Serrano in an
installation by Danh Vō , 2022
Silkscreen on canvas
80 x 53,5 cm

Noah Latif Lamp (°1991), third generation from a lineage of artists, is a self-taught, art school dropout, whose work is often described as a harsh reflection of real life, action and gesture.

His work ranges from sculptures and installations, to performances and oil on canvas. His motivation and passion to create is driven by his curiosity to question the structure of society and human behaviour, which is why he often participates in artistic movements and activations that can be considered controversial, dangerous and even contradictory. Always on the lookout for the next big dialogue about to surface, Noah’s work travels with him and speaks to all who come in contact with it.

The Bodhi Tree (“tree of awakening”), also called Bodhibijgboom or Bo-Tree, is a large sacred fig tree (Ficus religiosa) located in Bodh Gaya, Bihar, India. Siddhartha Gautama, the spiritual leader who became known as the Buddha, is said to have attained enlightenment or Bodhi there around 500 BC.

In 2018, Noah Latif Lamp received a shoot from the original tree, from a friend who was diagnosed with cancer some time before. He received the shoot from the current location of the Bodhi tree in Sri Lanka. Since then, the artist has been growing the plant under a 1000W ARKNOAH High Power grow light.

Instead of celebrating his birthday, the artist has always celebrated the day of his conception, sometime on the night of 1/2 November 1990. For this exhibition, one of the artist’s Fuck Sculptures was dedicated to this night and executed in bronze. 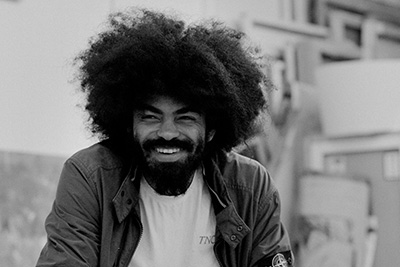 About 30 years ago, Lydia Lamp, the artists mother, made a copy of a popular sun ornament with a human face, in papier-mâché. She painted it and put it in the artist’s nursery. Recently the artist had the papiermâché object cast in bronze and gilded.

The action is at the same time a commemoration of the original action of his mother, even though the original papier-mâché has inevitably been lost in the process.

The action of appropriating one’s own emotional legacy by destroying/renewing the personal objects that bear witness to it, such as the papier-mâché sun and the handmade birth certificate, is almost like breathing new life into it.

The painting 10:17, 2022 is based on a blown-up photograph taken at the moment of the artist’s birth. The analogue photo is slightly overexposed due to the sunlight that entered the room at that moment.

Noah, himself a strict pescetarian, was very much opposed to drinking cow’s milk as a child. The idea of drinking milk from another mother felt unnatural and gave him an uneasy feeling. When we see the installation Cimon&Pero (after the famous painting by Rubens) in the exhibition, strangely enough, we cannot help but feel a similar sense of unease, as we are physically confronted with the ethical questions we were never trained to answer, even though they are now right in front of us, in our feeds via facebook, ebay and other social commerce platforms.

After refusing a haircut for 8 years, in preparation for this exhibition the artist decided to cut his own hair in the gallery, and had a wig made that looked exactly like his former hairstyle.

The Self-portraits in Other Artist Works, and the sculpture The Magazien is Closed, are perhaps the most self-reflective works in this contemporary Oedipus story. By killing the father(s) and marrying the mother, Noah Latif Lamps’ works in this exhibition simultaneously destroy and create, and result in new meaning from new life.