For his exhibition NEW WORK at Tommy Simoens, Robijns examines traditional construction elements, such as metal profiles, supporting beams and trestles. However, he relieves them from their original function and creates a special dynamic in space, through a subtle game of motion, color and gravity.

Gert Robijns (Sint-Truiden, Belgium, 1972) studied at the University of Sint-Lukas Brussels from 1992 to 1996 and subsequently conducted research at the Jan van Eyck Academie, Maastricht (NL). He did two artist residences at PS1 in New York, and at the Künstlerhaus Bethanien, Berlin. Since 2001 he has been a guest lecturer at the KASK in Ghent. Gert Robijns received a lot of critical interest in his installation The Village in 2011, rebuilding his birthplace on scale a few kilometers further. In 2015, Robijns opened Resethome, a living sculpture and free space for art, in his hometown Borgloon. NEW WORK is the second solo exhibition by Gert Robijns at Tommy Simoens, Antwerp. 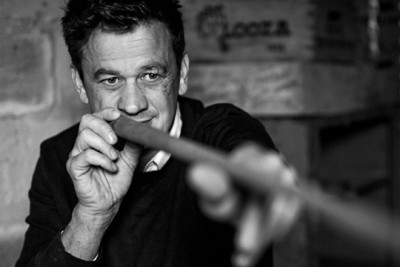