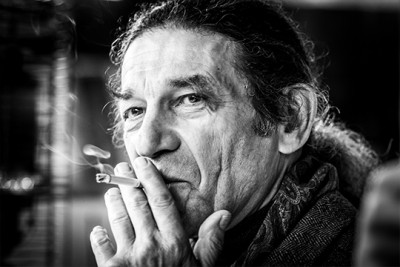 Pavel Büchler’s formal training, first as a printer’s apprentice then student at the School of Graphic Arts (1970-72) and as a typography student at the Institute of Applied Arts (1973-76), and the circumstances in then-communist Prague where his craft-learning was undertaken, have indelibly marked his artistic life ever since. They return time and again as an inseverable mix of the learned and the unlearned. Coming from a country that no longer exists, Czechoslovakia (where a debate currently rages about renaming the state again: “Czechia”?!), to Cambridge, England, via Paris in 1981, where he found a West he knew less about than he expected, the immigrant experience of living with the real and false antinomies between communism and capitalism during the collapse of History anchors a common perspective in much of his work. It is the lived – in the sense of the everyday – slippages and imperfections in the various forms of cultural unity promised by translation, assimilation, democratization and collective action that seem to preoccupy his attention. And these everyday aberrations are filtered into his practice through the explicit and constant theme of work, as explored through the labour of and commitment to art working.