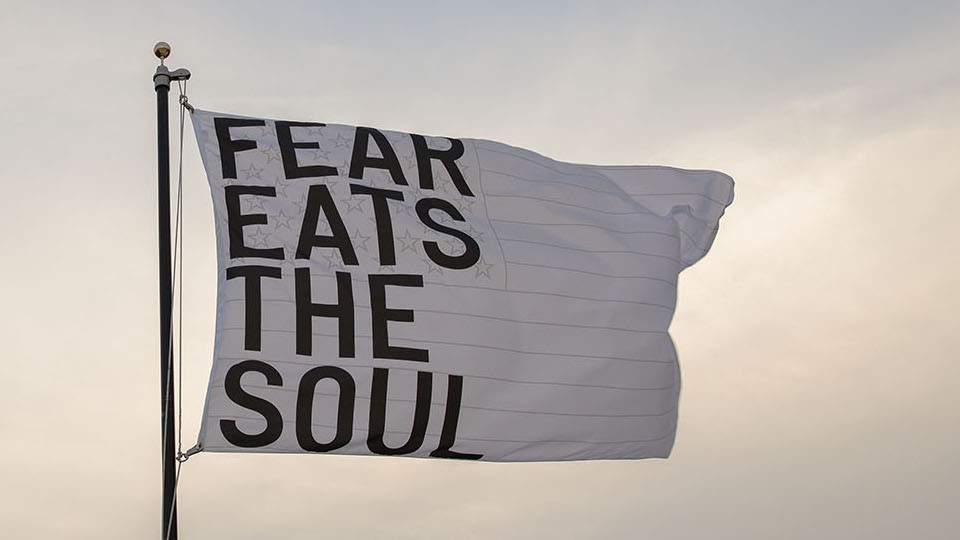 The message of Rirkrit Tiravanija’s flag is a reference to German filmmaker Rainer Werner Fassbinder’s film Ali: Fear Eats the Soul (the English translation of ‘Angst essen Seele auf’). The film first appeared in Tiravanija’s Untitled 1994 (Fear Eats the Soul), a bar he constructed at Esther Schipper’s storefront gallery in Cologne that only served beer and cola. Fassbinder’s two lead characters, a German cleaner and a Moroccan mechanic, meet in the film’s opening scene over the aforesaid drinks, and commence an unlikely relationship that brings out their own deepest fears as much as the xenophobia and racism of their surroundings.

Creative Time has previously worked with Rirkrit Tiravanija on Living as Form. Photograph by Guillaume Ziccarelli